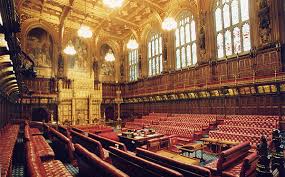 The House of Commons Westminster

‘“I am afraid”, he said, “we must brace ourselves to confront one of those terrible events the order of providence which baffle the most careful foresight, which appeal the imagination, and make us realise the inadequacy of words to do justice to what we feel”’

Thus in the House of Commons, Herbert Henry Asquith the Prime Minister of Great Britain and Ireland, made a statement about the looming tragedy that had befallen the RMS Titanic and her passengers, including members of the Addergoole Fourteen, who were aboard the luxurious shipping liner on that cold night of 14 April 1912.

The scale of the disaster had ensured worldwide attention and, as discussed in a previous article, worldwide sympathy. The families of the Addergoole Fourteen and the community of Addergoole shared their shock, anxiety and forlorn hope, with communities located throughout the island of Ireland and afar in Southampton, France, Sweden, Lebanon, Armenia and China to name but a few.

This feeling of shock, disbelief and forlorn hope experienced by the Irish general public, the 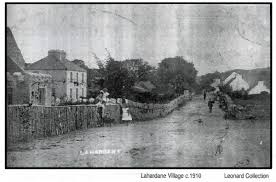 communities who had relatives aboard, including the Titanic Village of Lahardane in County Mayo, were commented upon by the principle source of information at that time. A study of national newspapers such as the Irish Times, the Irish Independent, the Belfast Telegraph and selected regional newspapers from the period indicate how communities went about ascertaining who had died and who had survived.

It is evident that the communities such as that in Addergoole and families such as those of the Addergoole Fourteen had to undergo a tortuous wait before receiving a final confirmation of the fate of their loved ones. In most cases their worst fears had come to fruition.

A form of information that was once a purveyor of hope and opportunity in their descriptions of the possibilities that awaited emigrants in the United States, was shortly later a purveyor of inevitable heart break: ‘The mammoth White Star Liner Titanic, acknowledged as the largest and most complete passenger vessel in the world, when she left QUEENSTOWN on her maiden voyage last Thursday, has sunk off Cape Race, after a collision with an iceberg’.

Thus the following day the largest national newspaper printed the story of the tragic sinking of the RMS Titanic. During the followings days newspapers struggled to obtain solid factual information ensuring unfounded rumour and speculation became rife. Almost instantly, upon the breaking of the news of the RMS Titanic disaster in the evening newspapers on the 15 April 1912 and the morning newspapers of the 16 April 1912, anxious inquires from distressed loved ones, such as the members of the Addergoole Fourteen, began to flood the offices of the White Star line and its respective agents located around the country:

‘It’s enough to move a stoic to tears to read of the frenzied inquiries at the offices of the White Star Company of parents and relatives for news of their children or other loved ones who were aboard the ill-fated ship’.

As the demand for news intensified, newspapers fell foul to speculation offering hopeful opinion rather than objective fact. Due to a lack of accurate information coverage in the national newspapers was sparse in the first few days preceding the RMS Titanic’s sinking.

Due to the nature of the disaster, the difficulty authorities had in identifying those who were lost and those who had been saved, and the nature of the newspaper industry, misinformation was dominant proving to prolong the inevitable emotional devastation that the final confirmation of the loss of a loved one wrought:

‘Later in the day when the intelligence got general circulation throughout the country, numerous telegrams were received by the agents of the White Star Company here from friends of those who embarked on the liner making anxious enquiries as to the safety of the passengers and the agents were happily in a position to reply that the passengers were all safely transferred to the Allan Liner Virginain’.

Initially information ascertained from trans-Atlantic telegrams from Canada and New York received at the White Star shipping offices in Liverpool and Southampton, and from news agency wires such as Reuters, were inaccurate and speculative. This is exemplified by the Irish Independent publishing incorrect information relating to the rescue of the survivors. It stated, in its edition of 16 April 1912, that according to a Reuters telegram:

‘the Titanic’s survivors on board the Carpathia are stated at the White Star Offices to include all the first-Class passengers. She is expected to reach New York on Friday morning’.

That not one first class passenger had boarded at Queenstown with the Irish contingent, including the Addergoole Fourteen who were all traveling as third class passengers, is rather amiss. It confronts us with a perplexing thought as to why the Irish Independent would print such a report. This report provides evidence to suggest that the newspaper industry, hungry for information, were vulnerable to speculative accounts without any factual basis.

One can speculate that possibly editorship of this respective newspaper was divorced from the social and economic conditions that prevailed in the west of Ireland. They would have been conscious that those Irish aboard, including the members of the Addergoole Fourteen from County Mayo, were predominantly of steerage class and thus the chances of survival rather slim. If this was so, then the report that all first class passengers aboard the RMS Titanic had been saved was possibly a conscious effort by the editorship to keep their speculative reporting as close to a logical truth as possible. It is this blog’s opinion that it was simply an issue of practicality as this was the only information available.

The Longford Journal’s coverage of the RMS Titanic disaster, in some respects, was superior to the three Mayo newspapers of the Western People, the Connaught Telegraph and the Mayo News collectively. The Longford Journalprinted a significant amount of articles relating to the disaster and the effect the disaster had on the families from the area.

The Longford Journal continued to publish articles relating to the RMS Titanic for over a month, the last article was published in the 18 May edition. Its 27 April edition was specifically poignant dedicating page 6 and a number of others columns located throughout the edition to the victims from County Longord, County Westmeath and the RMS Titanic disaster itself. The article made specific references to those from the locality who had perished. In contrast, the Westmeath Examiner published very little information printing only one significant article in its 20 April 1912 edition.

The significance of the migrant industry to cities of Cork and Belfast, and the connection the ill-fated RMS Titanic had with the two localities, ensured that both the Belfast Evening Telegraph and the Cork Weekly Examiner printed a significant amount of articles relating to the RMS Titanic disaster. They included eye witness accounts and articles relevant to people who traveled on the RMS Titanic from their respective areas and an overall analysis of the tragedy. The Belfast Evening News published the exclusive news of the disaster the very evening of the 15 April not twelve hours preceding the disaster.