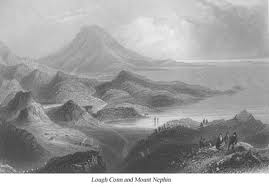 The earliest reference to the parish was in Pope Innocent’s letter of 1198. Addergoole was referred as Eadargavillovhon. It is referenced in papal documents from the fourteenth and fifteenth centuries referring to the endowments attached to the church in Knockmaria. According to the Ordinance Survey letters referenced by Tony Donohoe and Eddie MacHale in their respective publications the boundaries of the parish:

“Run from the Lough Conn east to Barnageehy (Windy Gap) in Addergoole, from this it then goes to Birren Corra and to Townakeel and Triste from which it comes to Ballybrenogue…the next territory is Glenhest, which is said it be bounded by Beltra lake” 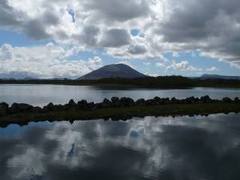 Lough Conn with Nephin in background

The boundaries of the parish of Addergoole are hemmed in on three sides by geographical features, by Lough Conn to the East, Mount Nephin to the West and Birrencorragh Mountains to the South. Mount Nephin, Cnoc Neimhthinne is the highest peak to the Nephin Mountain range reaching a height of eight hundred and six metres. It is believed it derived its name from Nemed, a mythical ancestor from Neamh-Finn or Neimh Finn, ´Finns paradise´.

Prior to the arrival of the Normans, Addergoole was a constituent part of the full chieftanship of O’Lachtna. Hubert Knox refers to the family, as ’O’Lachtna, lord of Bac and Glen Nephin, was the greatest chieftain next after the King’.

The arrival of the Normans in Connaught ensured the Burkes and the Barrett families would become synonymous with county Mayo. The Burkes constructed two early medieval castles in the town land of Addergoole.These two families dominated land ownership in Mayo right up to the 1600s. According to Tomas G. O’Cannan this duel ownership ended in the mid sixteenth century.

‘In 1652, however, the long hold of Gaelicised Normans 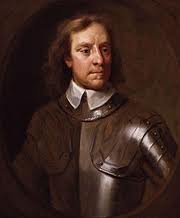 came to an end with the advent of Cromwellian forces at which the lands of Gleann Neimhthinne passed to newcomers with surnames like Jackson, Gore and Hadsor’

After the Williamite and Cromwellian wars there was much re-organisation of landownership. The land of Addergoole fell into the ownership of landlords such as Richard Boyle, Earl of Cork, Lord Palmer, Lord Arran, Bourkes of Carrowkeel house (the estate ended up in the Encumbered Estates Court), Pratt of Enniscoe House, John Cormack Walsh of Castlehill House, James Anderson of Massbrook house, Gallaghers of Caffoley and the Jackson family of Enniscoe.

Rather than vast swathes of green fields, lush with produce the new landownership oversaw the management of a land that could barely sustain the native population. In 1841, David Lear described the topography of Addergoole as:

“The greater part of the lands are coarse, steep and rocky, and even the low lands are diversified with rocks, bog water. The climate throughout the whole of the parish may be counted as bad, as the lands suffer much in the harvest season from frequent squalls from the mountain”

Sources: Tony Donohoe, Addergoole Its Land and People (Crossmolina, 2000), Canon Eddie Eddie MacHale, The Parishes of the Diocese of Killala (Killala, 1985), Hubert T. Knox, The History of the County Mayo, To the Close of the Sixteenth Century (Dublin, 1908).