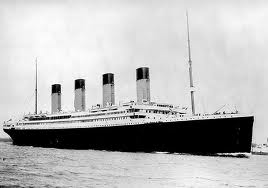 The Addergoole Fourteen offer us a template with which to undertake research into the characteristics of Irish emigration, emigration from the province of Connaught and the County Mayo and, on a micro scale, on emigration from the parish of Addergoole. Such an investigation will highlight the determining factors in their emigration. A principle motivation and an inherent belief upon which this research is based upon is that:

‘Every family and every place have a history of its own, and on that can contribute detailed knowledge to the study of wider themes. Most lives are lived within a local framework, and a part of a groups and communities, every individual had played a part in moulding our present society and economy’.

The Addergoole Fourteen share the tragic misfortune of emigrating aboard the RMS Titanic whilst she was undertaking her maiden voyage with ninety-eight other Irish men, women and children who had boarded the White Star Liner as steerage passengers in Queenstown on the afternoon of the 11 April 1912. 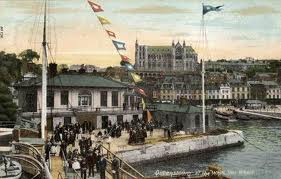 The Addergoole Fourteen misfortune and tragedy that surrounds their emigration experience is tied to the horror that befell those aboard the RMS Titanic. If the tragedy had not befallen those who had perished on that freezing morning of the 15 April then, very likely, the Addergoole Titanic Society would not exist nor would friends, neighbours and relatives by commemorating the Addergoole Fourteen‘s journey to America and their lives as their experience would be not out of the ordinary compared to the experience and history of Ireland and county Mayo. 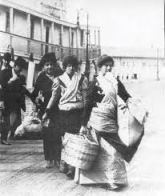 passengers boarded the White Star trans-Atlantic passenger liner the SS Celtic. Very little is known about those 400 emigrants, they are mere statistics. The 400 were similar to so many others who departed from Queenstown and Ireland prior and after 1912. To some they are mere statistics but to others they are intrinsic facets to their respective family and communities histories:

‘Little is known who they were. They are single strokes, faceless figures in a grievous army of people who have gone, and brought with them their real wealth’.[ii]

Thus far Irish culture has mystified migration.[iii] The sentimental nationalist motif of exiled masses yearning to come home was a view reflective of a very small minority detached from historical statistics and contemporary Diaspora research. Despite what we are generally presented of the Irish in America the ‘bulk of the Irish ethnic group in the United States at present is, and probably always has been protestant’.[iv] 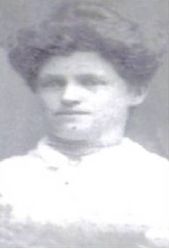 desire and not because of famine, starvation or political oppression. Though these determinants were prevalent and dominant during specific periods in Irish history, they were not the principle determinants found throughout the Irish Diaspora.[v] In fact many Irishmen and women regarded emigration favourably, as opportunity or even escape, rather than exile.[vi]

As the late Professor Liam Ryan of St. Patricks College Maynooth explained, “Certainly for all our assertions of patriotic love of country we have repeatedly proven that, given free access to any country with a standard of living higher than our own, we will readily relocate”.[vii] This statement indicates the Irish compulsion to better ourselves is not unique in the history of migration:

‘Bad or oppressive laws, heavy taxation, an unattractive, climate, an unattractive climate, uncongenial social surroundings and even compulsion (slave, trade, taxation), all have produced and are still producing currents of migration, but none of these currents can compare in volume with that which arises from the despair inherent in most men to “better” themselves in material respects’.[viii]

From 1856-1921 Ireland lost between 4.1 million to 4.5 million people to emigration. Of those 4.1-4.5 million emigrants 3.8 million people immigrated directly to the United States. By 1890 only three/fifths of those Irish born had remained in Ireland.[ix] In total from 1890-1914 just fewer than one million people emigrated. The lowest annual total figure was 31,000, the highest was 53,000 and the average annual figure of emigration from Ireland was 43,000.[x]

There were fluctuations in annual emigration figures due to political or economic strife in Ireland or due to an economic downturn in the United States. The Cunard Company’s annual report of 1911 indicates such factors:

‘The Cunard Company have been very considerable sharers in improvement which marked the Atlantic passenger trade during the past year. On its various services it carried 2,446 more first class passengers than in 1909, 800 more second, and 13,065 more third…the number of firsts carried constitute a record in the company’s history…’[xi]

The case for economic preference of those emigrating is universal. The case is supported by emigration figures and statistics as ‘the tide of emigration fluctuated in response to specific economic conditions at home and abroad’.[xii]

Despite these lulls the outflow of Irish emigrants, specifically to the United States, 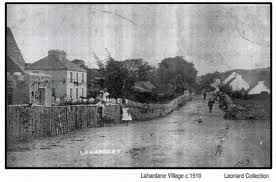 remained consistent ensuring by 1901 more Irish men and women (including second generation) were living in the United States alone than in Ireland.[xiii] These were merely periods of postponement.

Poverty was the principle deterrent to those who wished to emigrate. The emigration figures from the second half of the nineteenth century indicates that the origin of Irish emigrates shifted from those along the eastern and midland regions to, by the end of the nineteenth century, those counties located along the west coast of Ireland, specifically those counties in the province of Connaught.

The post famine period saw a steady decline in those migrating from mid land and eastern counties and saw a heavier depletion concentrate exclusively along the west coast.[xiv] During every ten year period from 1861 to 1910 Munster and Connaught each lost at minimum 10 percent of their population through emigration.[xv]

‘Poverty still restricted the readiness to emigrate; population increase in the poorest districts continued, as the changed patterns of marriage and fertility took longer to penetrate than in the east. Only from 1880s did Connacht emigration become a distinct syndrome, probably because the harvest crises at last coincided with sufficient level of remittances and state aid at a more realistic level than before’.[xvi]

Thus in later years of the nineteenth century and the beginning of the twentieth century Irish emigrants were predominantly from the province of Connaught and other Congested Districts found along the west coast of Ireland.

When one undertakes research into emigration from Connaught one is confronted with an interesting unique characteristic relating to the Irish Diaspora: ‘One-half of the great Irish Diaspora was female’.[xvii] Consequently one is also struck by the large disparity of females to males who emigrated:

‘1881-1910 almost four females left Connaught for every three males. This was uniquely Irish pattern, for males overwhelmingly predominated among the Southern and Eastern Europe who flocked to the United States during the same period’.[xviii]

Female majorities were most common among emigrants from Connaught and the north midlands.[xix] In tandem with this research a further investigation of emigration statistics of those emigrants who originated from County Mayo revealed a startling disparity in female to male emigrant ratio.

Look out for a future article on Addergoole Population decline which will reveal an interesting disparity in decline in female to male population.

1 thought on “Disparity in Population Decline in Ireland”